On average, nearly 300 people are killed at railroad crossings in the U.S. every year. That’s close to one fatality per day. What can we do to reduce accidents at railroad crossings? In our recent January 8th, 2017 issue, I wrote an article in which I discussed the Moving Ahead For Progress In The 21st Century Act of June 2012 (or the “MAP-21” Act); I’d discussed how the numerous city, county, state and multi-party agencies which are involved in administrating toll plazas throughout the U.S. were supposed to have established a plan which would link all of the different electronic toll collection systems throughout the U.S. together by the end of October of 2016 so that one single toll transponder device would work at all of the tolls throughout the U.S.  I’d pointed out that the different electronic collection systems that are in operation throughout the U.S. all operate in extremely similar technologies, so in theory, linking the different systems together should be a relatively simple process. I am following last week’s article here with a discussion about another idea for a transportation infrastructure improvement project which should be relatively simple to implement. On average, nearly 300 people are killed at railroad crossings in the U.S. every year.  That’s close to one fatality per day.  That number could probably be reduced to close to zero if automatic gates were required at all sides of an intersection at all of the railroad crossings throughout the U.S. Unlike the article that I wrote about space exploration missions which was posted in our October 16th, 2016 issue, this one really isn’t rocket science here.  If the roads are safer, we’ll have fewer accidents, and this is a technology that would be particularly easy to implement nationwide.  In fact, requiring gates at all railroad crossing intersections should have been required a century ago when automobiles, trucks, and buses were first becoming a common means of transportation. Standards about safety devices railroad crossings vary between countries.  As I researched this article, I was hoping to find a comprehensive study which compared numbers of accidents between countries, and I was curious to see if there has been an established clear correlation between installing automatic gates on all sides of a crossing and numbers of accidents.  If such studies have been conducted, they are not readily available on the web, so I have no statistics which compare the annual numbers of accidents and the presence of various safety devices at intersections between different countries and different regions of the world which I can site here. The U.S.’ current Federal standards require that all level crossings- intersections where either a pedestrian footpath, a bicycle trail or any public vehicular road which intersects with any tracks that are used by commercial freight lines, passenger lines or light rails are to be marked by a “Railroad Crossing” sign which is known as a crossbuck as well as either stop signs, yield signs, or a manned flagger. The busier railroad crossings also have other additional safety features such as red lights which flash when trains approach, warning bells which sound to alert drivers, pedestrians, and bicyclists when trains are approaching, and many of the busier intersections also have boom gates which automatically lower when a train approaches.  In most of the intersections in the U.S. which do have boom gates, the gates only block traffic from entering the intersection from the right side lanes.  Systems in which gates lower automatically at all lanes on both sides of a railroad crossing intersection, which are known as four-quadrant gates have only been installed at a comparably small number of railroad intersections in the U.S.  The technology, however, is not at all new, the first four-quadrant gate systems were installed at a small handful of the busiest railroad crossing intersections in the U.S. in 1952.

The Federal Highway Administration’s 2009 Manual on Uniform Traffic Control Devices requires that by the end of December of 2019, all level railroad crossings throughout the U.S. will have a stop sign or a yield sign in addition to the crossbuck warning signs; even if a flagger will be present manning the intersection, stop or yield signs will have to be installed at all level railroad crossings by Dec. 31st, 2019. Perhaps it’s just me, but it seems to me that the current requirement does not go nearly far enough- not if we want to bring the number of accidents, injuries and deaths at railroad crossings in future years down to zero.  The administrators at some of the commercial freight railroad companies have opted to install additional safety features along the stretches of tracks that they own and operate, but until we have Federal legislation which requires that four-quadrant gates be installed at all level railroad crossings throughout the U.S., people will still end up entering onto tracks as trains are approaching, and we’ll still be seeing television news coverage of more tragic accidents. Boom gates were installed at a handful of the busiest railroad crossing intersections during the early years of automobile traffic, boom gates have been in operation for more than a century.  Recent advances in technologies have made boom gates more effective at preventing accidents than ever before.  Today, automatic sensors which are installed beneath train tracks can activate flashing red lights and sound alarm bells at the same time that they send the signal for gates to lower.  After a train has passed, the second series of sensors stops the flashing red lights and the alarm bells, and the gates are raised.  In the event that gates malfunction and a driver does inadvertently enter a set of tracks as a train is approaching, newer gates are made from either aluminum composite alloys or from fiberglass, and they are designed to easily break away so that you can still safely exit from the intersection in time to avoid a collision. As I have mentioned in previous articles that I’ve written, our population is continuing to grow steadily, we will soon have more automobiles, trucks, and buses on our roads than ever before, and we’ll probably also have more passenger and freight trains operating than ever before.  Automobiles and trains now travel at faster speeds than ever before.  Leaving ANY level crossings in the U.S. without automatic four-quadrant gate systems is an accident waiting to happen.

The Federal Railroad Administration and the Federal Highway Administration would be the two agencies which would need to oversee the process of installing four-quadrant gates at all level railroad crossings throughout the U.S.  Because installing automatic four-quadrant gates at all railroad intersections throughout the U.S. has never actually officially been proposed in any Federal legislation, I cannot find any precise figures regarding how much it would cost to install automatic four-quadrant gates at all of the railroad intersections throughout the U.S. While I cannot find any precise monetary estimates, I can address costs by stating think about how many serious injuries and fatalities would be avoided, which means that this is an infrastructure improvement project that should be implemented, regardless of the monetary costs. Installing automatic four-quadrant gates at all of the railroad crossing intersections throughout the U.S. could probably be accomplished with only extremely minimal temporary delays to both vehicular and rail traffic throughout the U.S.  Again, because as far as I could find, this has never been proposed in any Federal legislation, no figures are available regarding how long this would take; there are presently more than 209,000 railroad crossings in the U.S., but installing gates is not a particularly complicated process, installing boom gates at an intersection takes only slightly longer than installing traffic lights. From what I could find while I was researching this article, there are no countries in the world in which installing automatic four-quadrant boom gates at all level railroad crossings has yet been proposed or required.  Ever since the earliest railroads became operational during the early decades of the 19th century, people have been inventing new technologies for safety standards, and every time safety standards are improved, the numbers of accidents, injuries and fatalities is reduced.  I suspect that it is only a matter of time before some national governments or regional IGO’s begin to propose requiring installing four-quadrant gate systems at all of their railroad crossings, and whoever is the first to do so will lead the way for the rest of the world for implementing railroad safety standards which reduce annual accidents, injuries and fatalities. I don’t actually see this as being a particularly divisive issue among Democrat/ Republican party lines, or an issue which any of the third parties would object to either; this is a road and rail transportation safety issue, and improvements in safety standards will benefit everyone. For those who are interested in reading further information about safety standards and railroad crossings throughout the U.S., a privately funded safety advocacy group called Angels On Track, which is based in Ohio posts detailed information, statistics and annual figures regarding the numbers of accidents, injuries and fatalities at railroad crossings throughout the U.S. and how the numbers of accidents are reduced once boom gates are installed. 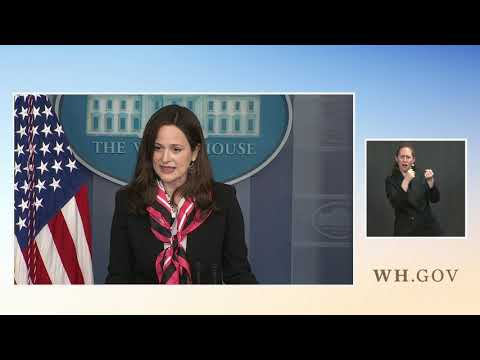 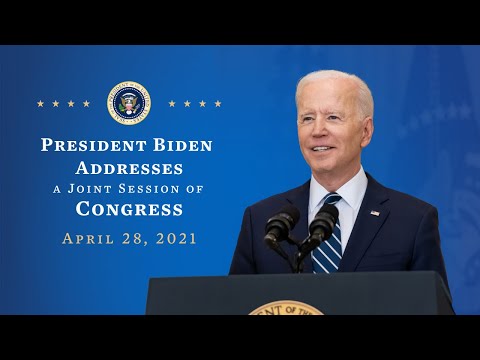 Follow President Biden's Schedule For Tuesday, May 11, 2021 America Out Of Gas  The White House makes a comment on Biden's meetings with Senator Carper and Senator Manchin The Democrats Are Trying To Block Donald Trump's Return, But Their Support For The Never Trumpers Won't Deliver It   Follow Biden's Schedule For Monday, May 10, 2021
3 Things To Know For May 10: Biden, Press Briefing, Remarks on the Economy WATCH LIVE: White House Press Secretary Jen Psaki Briefs The Press Vending Politics Pete Buttigieg : We have got to make sure America doesn’t fall behind Notes On Tyranny And Censorship Of Political Opponents
Elise Stefanik In, Liz Cheney Out Divide And Conquer President Biden Wants To Vaccinate American Adolescents As Soon As Possible  World Press Freedom Day I Say What I Want To Say
Top