During the COVID-19 pandemic, violence against children has exacerbated. Agnes Kabonesa shares her story as a child bride.

Agnes Kabonesa from Uganda is a young leader and 19-year old advocating to end violence against children with World Vision Uganda. When Agnes was a child, at only 15-years old, her mother decided to marry her off to a 17-year old boy for one cow, 50,000 shillings, and additional cassava.

“When I was sold into that marriage I went through a number of forms of violence: I had to do child labor. I was working out on people's farms to get money for a living. Sometimes I would sleep without eating anything,” she said recalling the hardships she endured in her childhood youth.

Agnes: I was not happy.

Three months later, Agnes got pregnant and the boy could not support her and take care of her properly. “He was also surviving on his brother’s little money he was earning from selling milk, that is good from a cow,” she said cool-headedly.

“Because of that situation —not enough food and doing a lot of work when I'm still a young child— I had complications during my labor. So when I gave birth to my child, my baby passed on when it was one day old,” she revealed in a sorrowful, yet unwavering tone.

Agnes: I continued in that marriage with a silent burning in my heart.

“When my baby passed on, I came back and continued staying with that boy. But I was not happy. I was heartbroken because I wanted to go to school. I wanted to study like any other person.”

“ I continued in that marriage with a silent burning in my heart,” she revealed the reasons why she could not escape.

“Then one day, it was a month after the death of my child when a youth group announced they were asking for guns to conduct desensitization through music, dance and drama. I decided to register and join that group,” she went on to retell her story.

When she joined that group, Agnes was asked to be the secretary because she was the only one who knew how to write in English and also translate their local language to English, and back.

Agnes Got Beaten By Her 17-Year Old Husband

Agnes made up her mind and decided to leave this marriage. When her youth group went to one of the communities in their sub counties, she met a lady from World Vision who listened to her story.

Agnes: He was beating me every day

“After speaking to her, she advised me to do something in order to be able to be supported. And she told me my story would be a great story to educate the community, and be able to save other children who have been married over and more work yet to be married for. I decided to say yes to her advice. I accepted that my story could be published in the media,” Agnes spoke of that day she partnered with World Vision.

During this situation, her husband who she was living with was 17 years old. He was not working and had dropped out of school in primary school. When he heard that she was joining the youth group and getting these opportunities, he became angry.

“He was beating me every day —every time I would go for rehearsals and came back, he beat me,” said Agnes recounting her experiences of domestic violence within the child marriage.

Agnes decided to leave and stay with her grandmother, but unfortunately, she could not take care of her. “She sent me back to my mom who also pushed me back into the marriage,” Agnes said.

Agnes remained in marriage for another one year until she got the opportunity with World Vision to go back to school.  “When I left that marriage and started staying with a well-wisher, unfortunately I didn't know that I was pregnant,” Agnes revealed a new detail in her story.

Agnes Kabonesa: Tradition looks at women as a social wealth

Even in her mother’s marriage, her father could not provide for her mother whatever she wanted.

“Because for her, every time we asked for basic needs, she felt that we should go and get basic needs for my men. They're the ones who can provide because the tradition looks at women as a social wealth, and dowry,” she explained of the gender inequality within her community, that leads to gender violence against women.

For that reason, Agnes’ own mother sold her into the marriage, and even tried to push her sister into the same one. But, when Agnes was finally able to leave her marriage and went back to school to finish her education, she prevented the same ordeal happening to her sister.

“When my results came back, I had passed, and I was able to perform very well in the upper level,” she said proudly of her grades.

Agnes became the first female university graduate from her village, and every child in there now looks at her as a role model. “For that reason, I have continued the work of advocacy in line with children,” Agnes said unfalteringly, with an unwavering purpose. 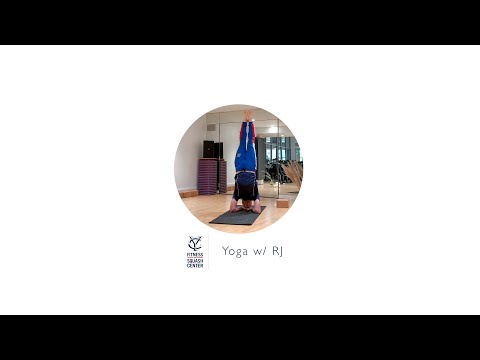