Reporter's vantage point of the event that is driving the news: President Trump's unexpected press conference in Bedminster, NJ.

THE POOL has arrived and been swept at Bedminster for President Trump’s news conference and is holding in a room with big windows overlooking the golf course next to the ballroom where he will speak.

The president was spotted standing at the podium as the room was being set up.

I’ve been told this will be broadcast live.

A 5 MINUTE WARNING was just given.

The club members watching in the back of the room were just given masks to wear:

PRESIDENT TRUMP walked out carrying a notebook to a VOG introduction and “Hail to the Chief.” The club guests applauded.

“A terrific number of things and positive things to talk about today,” Trump began.

He started by talking about the ECONOMY and unemployment numbers.

“My administration continues to work in good faith to reach an agreement with Democrats in Congress that will extend unemployment benefits provide protections against evictions, the terrible thing happens with evictions not fair. It wasn't their fault that we were infected with this disease from China, and we will get relief to American families. Yet tragically Nancy Pelosi and Chuck Schumer continue to insist on radical left wing policies that have nothing to do with the China virus,” Trump said.

Now Trump is talking about Lebanon and sending assistance.

You should be seeing this live...

PRESIDENT TRUMP continued by talking about how other countries around the world are faring with the virus, and talked about progress in states. He also said he is doing an EO in 2 weeks to cover all people with pre-existing conditions, and talked about violence in Portland and “left wing extremism.”

So far, the President is reading mostly from the papers in front of him at the podium and is ticking off policy actions — and potential actions — by his admin.

“In the United States, more than 80% of jurisdictions report declining cases. We’re doing very well you don't hear that too often from the media but we're doing very well,” Trump said. “More than half of America's counties report fewer than 20 cases last week.”

“Nationally, the percentage of emergency room visits with the coronavirus symptoms is down to almost half what it was in July,” Trump said.

Trump said “over the next two weeks I'll be pursuing a major executive order requiring health insurance companies to cover ALL PRE-EXISTING CONDITIONS  for all customers.”

“This has never been done before, but it's time the people of our country are properly represented and properly taken care of,” Trump said.

He continued to talk about what his admin has done one health care and got in a jab at Biden, which got laughs from the audience.

Trump said his admin is announcing “that my administration invested an additional $100 million to fight the opioid crisis in rural America.“

He spoke about Portland and Mayor Wheeler. “leftwing violent extremism poses and increasing threat to our country.”

“So we would be able to solve the Portland situation, immediately but we are supposed to be asked if we're not asking if it continues we'll have to make a decision, but it's a very easy thing for us to do, we could stop it very quickly.”

President Trump stayed to take questions from the pool on NEGOTIATIONS ON CAPITOL HILL, the ODNI report on election interference, and why his club appeared to buck NJ guidelines.

On the timing of the EO, the President said they’re being drawn by the end of the week. When asked about the legality he said “everything you do you get sued.”

TRUMP WAS ASKED ABOUT ELECTION INTERFERENCE and if he believes the intel.

“It could be, could be very much - I think that the last person Russia wants to see in office is Donald Trump because nobody's been tougher on Russia than I have, ever,” Trump said.

Trump noted IRAN was also mentioned with CHINA and RUSSIA in the report.

When asked if after weeks of negotiations he thinks we would actually have a deal if he had been more involved, he said he had been involved by talking on the phone to Mnuchin and Meadows.

He said he talked to MNUCHIN and “our wonderful Chief of Staff Mark Meadows, they are constantly on the phone with me I'm totally involved with it, and we are going to do it in a way that's just much easier. We gave them the chance, but they view it as an election enhancement.”

He didn’t answer a question about when he last spoke to SPEAKER PELOSI but said they “don’t care” and “they’re not ready.”

Trump was asked where the money for UNEMPLOYMENT INSURANCE will come from and if it will be $600. Trump said they had the money but no answer on $600.

“I won’t say that yet,” Trump said

At the end, the President was asked why he said the pandemic is disappearing and also why he was allowing dozens of club members to gather in defiance of NJ guidelines, setting a bad example for the country. The crowd who was gathered booed.

Trump said there were exemptions for political gatherings and called it a “PEACEFUL PROTEST.”

“I'd call it a peaceful protest because they heard you were coming up and they know the NEWS IS FAKE, they understand it better than anybody,” Trump said.

The crowd gathered liked the president's response and the presser was over. 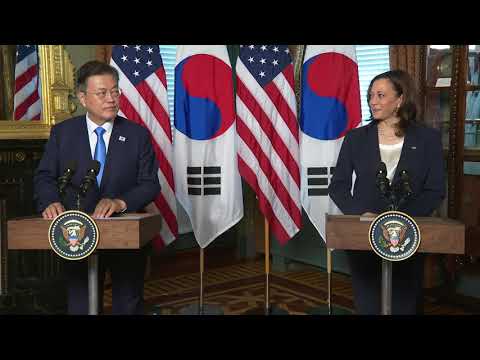