Despite Failures, Sanders Shows That Change Must Come From Within The Party System

After Bernie Sanders’s successive failures to win the presidential nomination, some progressives want to abandon the Democratic Party altogether. Liam Glen writes on why institutional change is easier from within an existing party than a new one.

The only two relevant parties in America are the Democrats and Republicans. For people who feel unrepresented by either – be they libertarians or centrists, on the far left or far right – there is a difficult choice. Should they join one of the existing parties and try to influence it from within? Should they create a third party of their own? Should they find a way to influence American society outside of electoral politics? Or should they just give up in despair?

Bernie Sanders embodied the first approach. Though the progressive Vermont senator has spent most of his political career as an Independent, he tried in 2016 and 2020 to wrest control of the Democratic Party from the center-left establishment. But he has recently suspended his latest campaign.

Sanders and the majority of his supporters will now back Joe Biden for the presidency while they continue their attempts to move the Democratic Party leftwards from within. But for some who are dissatisfied with the party, alternative approaches look increasingly appealing.

As is to be expected, the Green Party and its expected nominee Howie Hawkins have released statements attempting to woo Sanders voters. According to them, the Democratic establishment is irredeemably corrupt, and there is no way that it will surrender control of the party. The only way of achieving actual change is to create a new political force outside of the two-party system.

If history is any guide, however, this would be a severe miscalculation. Despite his failure to win the nomination, Sanders has made major strides in moving his policies into the mainstream. The chance of a third party having the same success is severely limited.

He was mocked when he said that climate change is America’s greatest national security threat. Now, few would seriously disagree. His refusal to accept super PAC support was revolutionary at the time. Just a couple of years later, Democrats across the country were adopting the same pledge.

Sanders’s support for single-payer universal healthcare, free college, and an end to the federal prohibition on cannabis went beyond what any other major official was willing to endorse. Today, they seem far less fringe.

For the longest time, Democrats were afraid to even call themselves “liberal” for fear of seeming too far left. Now that is beginning to change.

While Biden is viewed as an ultimate centrist, his current platform is well to the left of what Barack Obama ran on in 2008.

Of course, it is impossible to tell if Sanders alone sparked this shift or if it would have happened without him. But there is no question that his campaign has inspired and mobilized progressives in a way that was previously thought impossible. While they have yet to achieve everything they want, they are far closer now than they were five years ago.

The Failure of Third Parties

Changing a party from within is an arduous task with a high risk of failure. Sanders’s relative success is an exception rather than the rule. But trying to effect change from outside the party system is downright impossible.

For one example, look at Ralph Nader’s 2000 Green Party presidential campaign. The famed consumer protection advocate’s left-wing, anti-establishment platform attracted dedicated supporters and drew thousands of people to its rallies. Against the milquetoast Al Gore and George W. Bush, it was a perfect campaign.

But Nader won less than 3 percent of the national vote. And far from sparking a new progressive movement, he was shunned for potentially throwing the election from Gore to Bush. The Greens has never managed to repeat this performance, and the Democrats continued their centrist trajectory in the following years.

Similarly, the Libertarian Party has attempted for decades to find a foothold, but it has had no success. In 1992, Independent businessman Ross Perot defied all odds and received nearly 20 percent of the vote. But he only managed to get half as much support when he tried again in 1996, and he utterly failed to create a lasting movement.

This story repeats itself over and over again. The American political system revolves around the two major parties. The media largely ignores any competing force, and voters are highly reluctant to get behind third parties.

Sanders himself is a prime example. He managed to become a mayor, representative, and senator as an Independent, yet it was only when he joined the Democratic Party that he was able to shape the trajectory of national politics.

The last time anyone managed to disrupt the two-party system was in the 1850s, when the Whig Party imploded and the Republicans took its place. These circumstances have not repeated themselves for over 150 years, and they are unlikely to do so anytime soon.

By comparison, it is relatively easy for a new ideological group to take control of an existing party. Sanders’s progressives are in the midst of doing it to the Democrats. Meanwhile, Trump has certainly brought a different approach to Republican politics.

While the Clinton family is today seen as the embodiment of an entrenched centrist establishment, Bill Clinton in 1992 presented himself as a “New Democrat” whose moderate policies were a refreshing shift from the liberalism of the past.

In the 1970s, conservatives and libertarians marveled at the rise of Ronald Reagan, but they doubted his chances of achieving real change within the Republican Party, which at the time was controlled by its own moderate establishment.

Of course, each of these political revolutions took place under their own particular circumstances. Replicating them would be exceedingly difficult. But compared with the consistent failure of achieving change outside of the two-party system, it would seem to be the better choice by far.

The Politicized Response To Tara Reade Allegations Against Biden Is Appalling

The Me Too movement has revolutionized how allegations of sexual harassment and assault are handled in all aspects of society, including politics. More than ever, we recognize the importance of taking accusations seriously. The…

Sen Bernie Sanders Is Suspending His Campaign For President

On Wednesday, during an all-staff conference call, Sen Bernie Sanders has announced that he is suspending his campaign for the president of the United States.   Sanders will at 11:45 a.m. EDT address supporters during a… 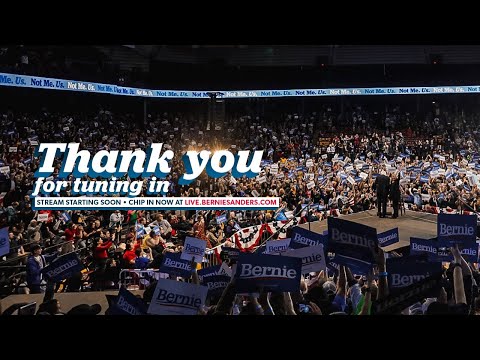 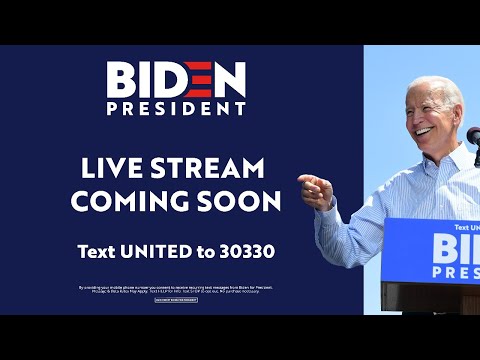 Vice President Biden is expected to lay out his vision for America and address a global health pandemic. Remarks as Prepared for Delivery by Joe Biden in Wilmington, DE Good evening everyone.   Last week,…