Jessica Simpson Shares Her Story Of Childhood Sexual Abuse: “I felt in the wrong”

Jessica Simpson’s story of childhood sexual assault is a symptom of the #MeToo era and the revival of the feminist movement — a story that is vitally important for all women to hear. Margaret Valenti writes on the excerpt from Simpson’s memoir Open Book.

On Thursday, Jessica Simpson published an excerpt of her new memoir, Open Book, in People magazine. In it she reveals a history of childhood sexual abuse she experienced when her family stayed with a friend of theirs. Simpson shared a bed with their daughter, the perpetrator of the abuse. Simpson “felt in the wrong”, but she finally told her parents six years into the abuse and they never went back to their friends’ house again. Her experience led to a reliance on drugs and alcohol. The world-renowned U.S. singer, actor, and fashion designer described the experience as “self-medicating” to cope with the trauma. In 2017, she finally gave up drinking. More recently, she uses therapy twice a week to cope saying that she was on “a long, hard, deep emotional journey” connected to at least six years of childhood sex abuse and the pressures of growing up a celebrity. She also attributes her sobriety to her family, friends, and doctors who supported her and helped her find a new path.

The Story of Women And Sexual Abuse

According to a 2015 CDC survey, one in three women and one in four men experience sexual violence with physical contact at some point in their lives. Data suggests that one in four girls and one in thirteen boys experience sexual abuse at some point in their childhood, 3.7 million per year in the U.S. Research suggests that due to the underreporting of childhood sex abuse, those numbers are definitely an underrepresentation.

Jessica Simpson is a part of a movement, an age where women are beginning to feel safe sharing these stories regardless of the backlash. In the age of #MeToo and a resurgence of the feminist movements, Jessica Simpson’s story is all too familiar and all too relatable for many women of all ages across the gender and sexuality spectrums. Along with these women’s stories comes the demonization of the perpetrators: Bill Cosby, Harvey Weinstein, R. Kelly, Melanie Martinez, Roman Polanski, Kevin Spacey, Sean Hannity, Donald Trump, Bill Clinton, Brett Kavanaugh, James Franco, and Louie C.K., among others.

However, this issue is more than the statistics and the well-known perpetrators, or a story that could become a Netflix series. It is about the assertion that women are valid in their complaints about the way society treats them, the way people men treat them. That search for validity as a woman is constant historically in ways that change over time, one that every single woman must face regardless of her circumstances. Obviously due to wealth, white privilege, or other power structures and struggles, that search for validity will look and feel different to everyone. Adding gender sexual violence into that search for validity often halts or stops the process of acceptance altogether, perpetuating a male dominant narrative.

A change to this narrative is that Jessica is receiving support, validity to her story. Twenty-two years ago, Monica Lewinsky was slut shamed and hated on by the public and the media for her affair with Bill Clinton despite the fact that he — a man with a documented pattern of sexual abuse — was the one who abused his position of power and she was a twenty three year old White House intern. The same thing happened to Anita Hill, who Senators grilled because they could not conceive that a woman’s story of sexual abuse should disqualify a man from sitting on the Supreme Court.

It took years for anyone — including Joe Biden — to issue an apology to Ms. Hill for the conduct of the Senators during that hearing. After Anita Hill’s testimony, the U.S. saw a boom in women who filed complaints of sexual abuse. Now, Monica Lewinsky and Anita Hill receive the support they deserve, but it does not change what happened. Even in this #MeToo era, Christine Blasely Ford received questions from Senators that were inappropriate. The statements of many Senators made it clear that they believed Ms. Ford and the two other women who accused Judge Kavanaugh of sexual abuse lied to the Senate or at exaggerated the wrongdoings of the prominent male figure.

When these women tell their stories, it makes other women who share and feel those stories — those experiences — now have a national sense of validation. Regardless of the way the media or the public receives and reports these stories, nothing can take away the validation of truth and shared experience that happens when someone honestly shares their story with the world and now Jessica Simpson is a part of that story. It is brave of her to share such a painful and troubling part of her life that many women in the U.S. today often feel, so that other women and girls in the U.S. do not feel alone or ashamed and start to tell their own stories. If women and girls can tell their stories and feel safe, then more abusive men can face the consequences of their sexually deviant and repulsive behavior. 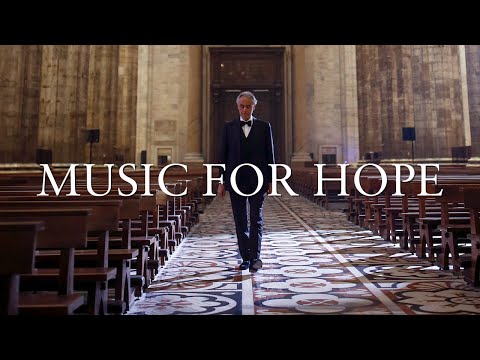 ► Small-business owner Joe Farruggio will be continuing to pay his employees despite the restaurant, Il Canale, being shut down throughout the COVID-19 crisis. ( WASHINGTON, DC) — Many companies are laying off employees during…

Self-isolation has many of us asking how we can stay lively, positive, and active, when confined to our own homes. Especially for millenials accustomed to the busy and active lifestyles, self-isolation can feel stifling and constricting.…

During the coronavirus outbreak, J-Lo posted the images for the new shoe line she developed exclusively for DSW. In the striking image everyone is talking about, J-Lo Lopez wore a pair of minimalist black sandal heels. “Fashion…

THE AMERICAN SUCCESS STORY OF JOE FARRUGGIO: I ALWAYS WANTED TO MAKE THE BEST PIZZA IN THE WORLD

If you are privy to the Washingtonian social circles, you must have heard of Il Canale, a celebrity hot spot in the heart of the nation capital’s neighborhood Georgetown. Everyone in the Who’s Who in American Power playbook…