The Marine Band played "Hail to the Chief" and the president Trump appeared on the balcony a moment before 2 pm, wearing a mask that he quickly took off as the crowd cheered and chanted "USA! USA!"

Checking in from outside the briefing room on a bright but overcast afternoon. Poolers have been swabbed for COVID-19 and many are trying to stay out of the hot zone as much as possible.

Music and occasional crowd sounds are wafting over from the South Lawn event. Trumpets carry especially well. Pool expects to be out there in an hour or so.

ATTENDANCE: we're told "hundreds" and less than a thousand, but will try to get more clarity on that.
Social media is filled with photos of people in blue shirts from the Blexit DC Back the Blue event (search: #Blexit) already on the South Lawn. Pool has not seen them yet. We'll be out there after 1:30.

JUDD DEERE came back to the press workspace to talk logistics with photographers and provided some info. Excerpts may go out soon. Speech maybe 20 to 30 minutes.

"This is an official event" not a campaign event, and no campaign staff is involved. "The campaign is not involved in this." Anyone in attendance was invited by the White House but he doesn't have a list. So, no Hatch Act implications, he says.

If you see campaign signs or other signage, it's because people brought it themselves. "We're not handing out anything but people can bring things onto the complex," Deere said.

Poolers note that the Q3 wifi password is up and those are zees, not twos. Handwriting, people. C'mon.

Excerpts from President Donald J. Trump’s remarks at a peaceful protest for law & order (as prepared)
…
I want to thank you all for the prayers and the well-wishes you have offered to the First Lady and me this past week.
…
Through the power of American Science and Medicine, we will eradicate the China Virus once and for all.
…
Everyone here this afternoon is part of a growing nationwide movement called BLEXIT.
…
Black and Latino Americans are rejecting the Radical Socialist Left and they are embracing our pro-jobs, pro-worker, pro-police, and PRO-AMERICAN agenda.
…
You understand that to protect the lives of Black Americans, and all Americans, we must support our police.
…
If the left gains power, they will launch a nationwide crusade against law enforcement – taking away their funds, their firearms, and their fundamental authorities.
…
It is time for all Americans to stand up and reject the campaign of slander against our police from Left-Wing Politicians and Liberal Pundits.
…
Where there is evidence of wrongdoing by police, the criminal justice system must investigate and any perpetrators must be held accountable. But we must never allow MOB rule.
…
No one is hurt more by the left-wing war on cops than African Americans.  Last year, in just 4Democrat-Run cities, over 1,000 African-Americans were murdered as a result of violent crime.  And the riots, looting, and arson disproportionately hurt Black and Latino communities.
…
Over the next four years, the Platinum Plan will create 3 million new jobs for black Americans, increase access to capital by $500 billion dollars, and advance home ownership and wealth building. We will build up peaceful and safer neighborhoods with the highest standards of policing.  We will create a healthcare system that delivers better care at a lower cost, addressing chronic health disparities. And we will deliver SCHOOL CHOICE to every parent in America.
…
We will support our police, we will restore safety to our streets, we will return our economy to full prosperity, and next year will be one of the greatest years in the history of our country!
…

The Marine Band played "Hail to the Chief" and the president appeared on the balcony a moment before 2 pm, wearing a mask that he quickly took off as the crowd cheered and chanted "USA! USA!"

"I'm feeling great... We're starting very big with our rallies ... because we cannot allow our country to become a socialist country," he said.
Within 3 minutes he has referred to "Sleepy Joe Biden" and then begun boasting about the border wall. It's material typical of a campaign speech.

Crowd size: several hundred. Maybe 300 to 400. Hard to say for sure. They're almost all wearing "Blexit Backs the Blue" T-shirts in a distinctive shade of blue, and also almost all wearing red MAGA caps. The crowd is racially diverse. More whites
He thanks the "Blexit Foundation" and its founders Candace Owens and Brandon Tatum.

"The other day in the debate Biden couldn't even use the words law enforcement."

The press is behind the crowd on the South Lawn, a rope about 6 feet from the line of barriers at the back of the crowd.
Chants of "Four more years!" after Trump says Democrats have no enthusiasm and starts talking about polls in the election, again seeming to undermine the claim this is an "official" rather than a campaign event.

"We have a level of support the likes of which nobody has ever seen," Trump boasted before launching into riff on ballot fraud.
"I think we're going to swamp 'em by so much it's not gonna matter," he said. Crowd cheers.

He refers to "left-wing politicians like Kamala Harris," mispronouncing the name as "kuh-MAH-luh"

From this distance, several hundred feet, the president's color looks good and he doesn't sound hoarse or impaired in any way. But I'd rely more on close-up photography to make your own judgment.

From the White House

Today, President Donald J. Trump will deliver remarks to peaceful protesters in support of law and order. Since taking office, President Trump has been steadfast in his commitment to restoring law and order to our country while working with State and Local law enforcement to protect our communities and the rights of all Americans. The President will also highlight his Administration’s monumental achievements for communities of color including record unemployment, historic low poverty rates, criminal justice reform, billions of investment through Opportunity Zones, and unwavering support of school choice. Under President Trump’s leadership, the American Dream is being restored for citizens all across our great Nation and the forgotten men and women of America are no longer forgotten.

The following individuals are expected to attend:

"Our opponents will crush the comeback with unscientific lockdowns."

The crowd breaks into a chant of "We love you! We love you!" and he says back "I love you too."
"This is the single most important election in the history of our country. Get out and vote, and I love you," Trump says, at his "official" White House speech to a crowd of cheering supporters on the South Lawn.
At 2:17, 18 minutes after appearing on the balcony, POTUS walked back inside as the Marine Band played "God Bless America."

The pool was quickly escorted off the South Lawn but your pooler managed to grab a quick chat with one attendee on the South Lawn who identified herself as Yolanda de la Torre from Rialto, Calif., in San Bernardino County.

How did she end up here? "You know what, we heard that we're gonna be out here to back the blue and our family is a very pro-police officer, law enforcement, law, and order. So we had to come out here and do our part," she said.

Did this feel like a campaign event? "No, it felt a little bit like a celebration to me," she said.

The attached photo is Yolanda. It was too rushed to get any more bio info from her.

For what it's worth, Jared Kushner, masked, was crossing the Palm Room as pooler was walking from Rose Garden to the press workspace. No idea if he had been at the rally.

Close-up photos of the president's right hand (head-on photo as he removed his light blue mask, and from behind as he gestured to the crowd) show flesh-color bandages, presumably where he received an intravenous injection. Thanks to our photo colleagues for their skill in capturing that detail, and their generosity in flagging it.

Poolers also spotted White House chief of staff Mark Meadows on the driveway at the rally and medical adviser Dr. Scott Atlas on the grass. Atlas wore sunglasses and no mask. Meadows did wear a mask.

It has been a rare treat serving as your pooler today.
Mrs. Pooler has threatened a "Silkwood shower" when I get home and I'm afraid to google what that means. 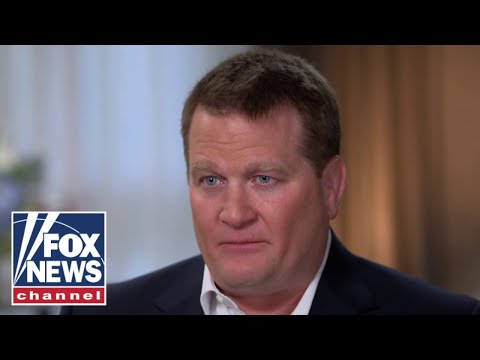 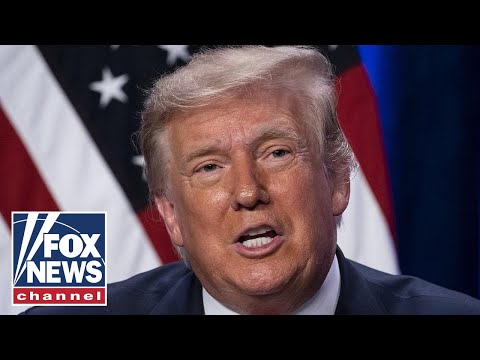