White House Press Secretary Kayleigh McEnany discussed the White House’s developing positions on the ongoing protests for racial justice, the potential removal of confederate statues and flags, and Russia’s alleged offense against US troops in Afghanistan. Ava DeSantis writes on the details of this afternoon’s press conference.

McEnany opened the press conference emphasizing the President’s dedication to “law and order,” which she called the “building blocks” of the American dream. She painted a grim picture of states and cities headed by democratic politicians. “Democrats at all levels, at all levels: federal, state, and local have done nothing,” about ongoing protests for racial justice. Meanwhile, McEnany described “multiple shootings, and desperate pleas for help unanswered, by business owners and others,” in democratic states. “11 people were shot in 12 hours this weekend in the democrat run New York City, and 61 people were shot in democrat run Chicago, and 15 people fatally killed. Democrats’ state, democrats’ city, ”she said.

Trump’s vision for the future, McEnany described as “[standing] for law and order, for peace in our streets, and against anarchy.”

Reporters at the conference pressed McEnany for specifics on Trump’s vision of racial justice, beginning with concern over the President’s recent tweet. The President retweeted a video, on Sunday, of a supporter in, The Villages, a Florida retirement home, shouting “white power.” The journalist asked “does the President retweet other people’s tweets and videos without knowing the full contents?” McEnany claimed the President does not tweet without viewing the content he shares, but “he did not hear that particular phrase when he tweeted out the video.” This is consistent with earlier explanations of the tweet, from the White House. White House Deputy Press Secretary, Judd Deere, said “President Trump is a big fan of The Villages. He did not hear the one statement made on the video. What he did see was tremendous enthusiasm from his many supporters.”

The President sharing The Villages’ footage, also drew criticism from the right.

Democratic Presidential Candidate Joe Biden tweeted in response “today the President shared a video of people shouting ‘white power’ and said they were ‘great.’ Just like he did after Charlottesville.” Biden referenced the President's response to white supremacist marches on Charlottesville, North Carolina, in 2017. The President infamously claimed that there were “very fine people,” both participating in and counter-protesting the white supremacist march. Biden continued, “we’re in a battle for the soul of this nation - and the President has picked a side. But make no mistake: it’s a battle we will win.”

The President sharing The Villages’ footage, also drew criticism from the right. The only Black Republican Senator, Tim Scott of South Carolina, called the retweet “indefensible,” on CNN’s morning program.

Another journalist asked simply “does the President believe that it was a good thing that the South lost the Civil War?” To which McEnany replied indirectly “that question is absolutely absurd. He’s proud of the United States of America.”

There is a popular movement to remove confederate statues from public places, which is gaining political traction.

Following up, the reporter asked “is he interested in banning the [confederate] flag at his rallies?” McEnany ignored this question, instead addressing demands to take down confederate statues. She said “with regard to our statues, Americans oppose tearing down our statues. There’s a Harvard Harris Poll, released just last week, that shows 60% of respondents said that statues should remain, and 71% said local governments should block groups from physically destroying the statues, so [Trump] stands on the side of preserving our history.”

There is a popular movement to remove confederate statues from public places, which is gaining political traction. In Richmond, Virginia, the former capital of the Confederacy, activists decorated a statue of confederate general Robert E. Lee with anti-racist slogans like “Black Lives Matter” and “Stop White Supremacy.” Ralph Northam, the governor of Virginia, recently ordered the removal of the statue, in response to the protests. Northam called his decision “part of the healing process” to address the pain he saw in protests across the country.

In a Wednesday letter to the Architect of Capitol Hill, Nancy Pelosi, the Democratic House Majority Leader, demanded the immediate removal of Confederate Statues from the halls of Congress.

The journalist repeated his initial question: “About the Confederate flag in his rallies, would he be interested in banning Confederate flags at his rallies?” McEnany again deflected this question, and said “that would be a question for his campaign” and added more talking points on the removal of confederate statues; “I think that those who are tearing down statues, they appear to have no ideology. When they’re tearing down statues and defacing statues of Matthias Baldwin and abolitionist Hans Christian, who died fighting for the Union Army, during the Civil War. A Memorial for African American soldiers who fought in the Civil War was damaged in Boston, and a monument to fallen police officers was vandalized in Sacramento. This is unacceptable.” She continued; “it’s why the President took strong actions, why [he signed] an executive order saying those tearing down statues will be punished to the fullest extent of the law.”

On Friday, the New York Times reported U.S. intelligence officials “concluded that a Russian military intelligence unit secretly offered bounties to Taliban-linked militants for killing coalition forces in Afghanistan - including targeting American troops.” Today, journalists pressed McEnany for comment on President Trump’s knowledge of this intelligence. McEnany refused to comment on the White House’s response and claimed Trump was ignorant of the incident until this afternoon.

“The CIA Director, NSA National Security Advisor, and the Chief of Staff can all confirm that neither the President nor the Vice President were briefed on the alleged Russia Russian bounty intelligence. He has since been briefed since all of these requests came out,” she said. The President is currently being briefed on the details of Russian actions in Afghanistan.

The Press Secretary questions the trustworthiness of the New York Times as a source.

McEnany also implied that the reports may not be accurate. “Let me back up and say this, that there is no consensus within the intelligence community on these allegations and, in effect, there are dissenting opinions from some in the intelligence community with regards to the veracity of what’s being reported, and the veracity of the underlying allegations continue to be evaluated,” she explained.

The Press Secretary then went on to question the trustworthiness of the New York Times as a source. “For those of you that are always taking the New York Times [at their word], they erroneously reported that the President was briefed on this,” McEnany continued. “He was not briefed on this, and neither was the Vice President, so before buying into a full-fledged narrative from the New York Times, that falsely stated something about the President, you should wait for the facts to come out and note once again that there is no consensus in the intelligence community, and in fact there are dissenting opinions from some within in.”

McEnany listed past incidents of New York Times reporting errors, and subsequent corrections, concerning President Trump. She called for the Pulitzer Board to take “back [the New York Times’] pulitzers,” before leaving the podium, ending the conference. 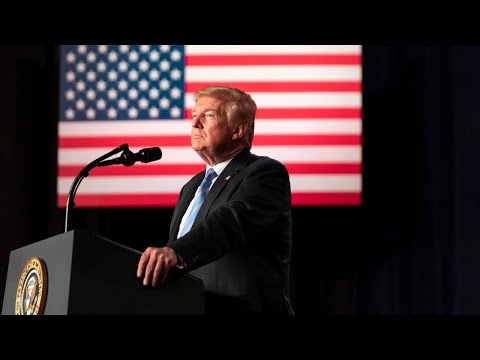 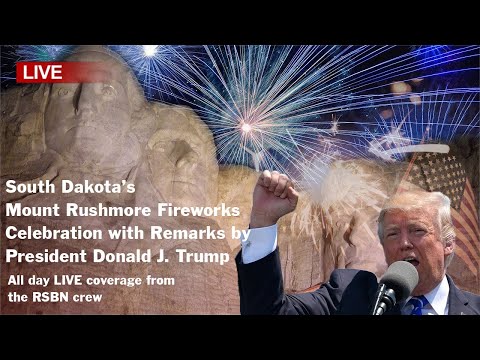