Defunding The World Health Organization Benefits No One

The White House is withholding funds from the World Health Organization over claims that it is overly partial to the Chinese government. Liam Glen writes on why this move would be counterproductive.

The Trump administration recently announced that it is withholding funding from the World Health Organization (WHO), claiming that the United Nations agency’s close ties to the Chinese government have compromised its response to the COVID-19 pandemic.

This is significant given that the United States is by far WHO’s largest financial supporter, providing around 15 percent of its revenue. In response, condemnation came quickly both from abroad and domestically. The overwhelming consensus is that the middle of a pandemic is a wrong time to act against the world’s public health organization.

It is worth noting, however, that the administration’s grievances are largely justified. WHO stood by passively as the Chinese government utterly failed to act against COVID-19 in its early phases. But withdrawing funding at this moment would be completely counterproductive, serving only as a publicity stunt to draw attention away from the president’s own failings.

In late 2019 and early 2020, when COVID-19 was still a mystery virus in Hubei province, the Chinese government focused its efforts on covering it up and downplaying the possible impact as to avoid a panic, wasting valuable time that could have been used to stop it from spreading as far as it has today.

Despite this, WHO Director-General Tedros Adhanom Ghebreyesus has offered nothing but praise for the Chinese response to the crisis. This is surely done to avoid the wrath of the thin-skinned leadership in Beijing, who helped elevate Tedros to his current position. Coincidentally, his selection to the post came despite accusations that he helped cover up cholera epidemics in his time as Ethiopia’s health minister.

Complicating matters further is the tricky situation of Taiwan. Although its government is functionally independent, the People’s Government of China insists that it has rightful ownership of the island and lashes out strongly at anyone who disputes its claim. As such, Taiwan is barred from the UN and WHO.

This means that even as Taiwan makes massive strides in containing COVID-19, it is completely ignored. The fear of retribution from the People’s Republic is so strong that in one video interview, WHO advisor Bruce Aylward chose to hang up the call rather than answer a question about Taiwan.

Furthermore, Taiwan’s Epidemic Command Center claims that it warned WHO that the effects of COVID-19 could be worse than the Chinese government’s official account, but it went unheeded. This incident has formed another of the Trump administration’s key points against the organization.

The important thing to remember, however, is that WHO is a massive international organization. The fact that its leadership made bad choices should not preclude the work of many more in the agency who are committed to protecting the health of people throughout the world.

WHO does essential work in collecting data and providing guidelines and expertise for both the current pandemic and other global health issues. Despite its failures in the early stages, there are no indications of major problems that its current efforts to combat COVID-19. While it is not immediately clear how quickly the Trump administration’s decision will take effect, it will certainly make it more difficult for WHO to fight the pandemic.

Even the conservative Heritage Foundation, certainly no supporter of the Chinese government or international organizations, has criticized the decision. It notes that taking such drastic action at this stage will leave the US without any other ability to leverage against Chinese influence in WHO, and it will hurt relations with developing countries who rely on the organization’s support to manage health crises.

Indeed, the only benefit from the decision is to President Trump’s own narrative that seeks to emphasize the China’s responsibility for the COVID-19 pandemic while denying that his actions facilitated its spread to the U.S. As valid as criticisms of the Chinese government and WHO may be, however, freezing funding will not make the situation any better. 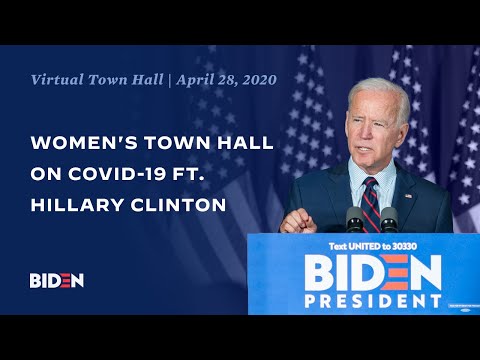